On Wednesday morning, I had a flight from Gothenburg (SWE) to Zadar (CRO) for the race 100 miles of Istria that started on Friday at 00:00. As I had two days before the race, on Wednesday I decided to stay in Motovun in a rural environment (“Agroturizam Toni Brkac”) Motovun, away from the city, asphalt, cars and buildings. After I was housed in the apartment, I dressed up and ran out of the half-hour training to relax a bit. 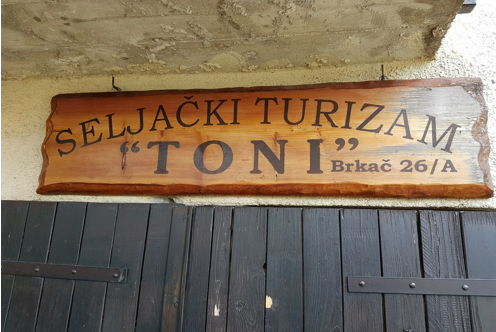 Thursday is a sour / foggy morning but nevertheless a beautiful ambience for waking up and continuing the way for Umag. I arrived in Umag at noon where I met with a team from ZG (Sasa, Ivan and Dejan), coffee-rakija and all in one, as well as the story of training, who is ready, etc. … The excitement is growing with every hour it’s getting closer, but I try not to think of a race and I was always open a story about nothing else. Shortly after the meeting with friends from Zagreb I go to our apartment (Apartment Maric) where I will stay with my team from the club Ak.Sloboda Novi Grad (Milan, Srdjan, Marko and Natasa from BL), Mikael from Goteborg, as well as Semir from Bihac and his family.  After accommodating in the apartment, it was time to go for the start package at the expo of the race, as I was barely waiting to finish and that part, I went after the start right at 16h because they started with the distribution of start-ups then. Of course I met very many well-known faces from the organization itself and volunteers (Pedja from the BG te guy I met on Novosadski Night Marathon 6 years ago). Another exhibitions with interesting various races where I would definitely like to take part, I will select several of them as well … Velebit 100 Miles, Vucko Trail, Jahorina Ultra Trail, Dalmatia Ultra Trail and many others. 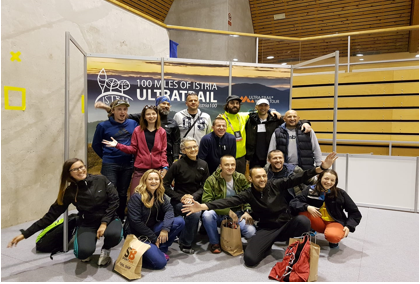 Mikael, the team from Novi Grad and Semir with the family arrived a little later than me and all of them naturally went to the expo to pick up the start packages where we met again a team from ZG (Sasa, Ivana, Dejan). Robert and his wife Gordana (a married couple I know from the Sweden) joined us, and the beer tasting of the beer with a race label, which I can say was quite tasty, came to the forefront. 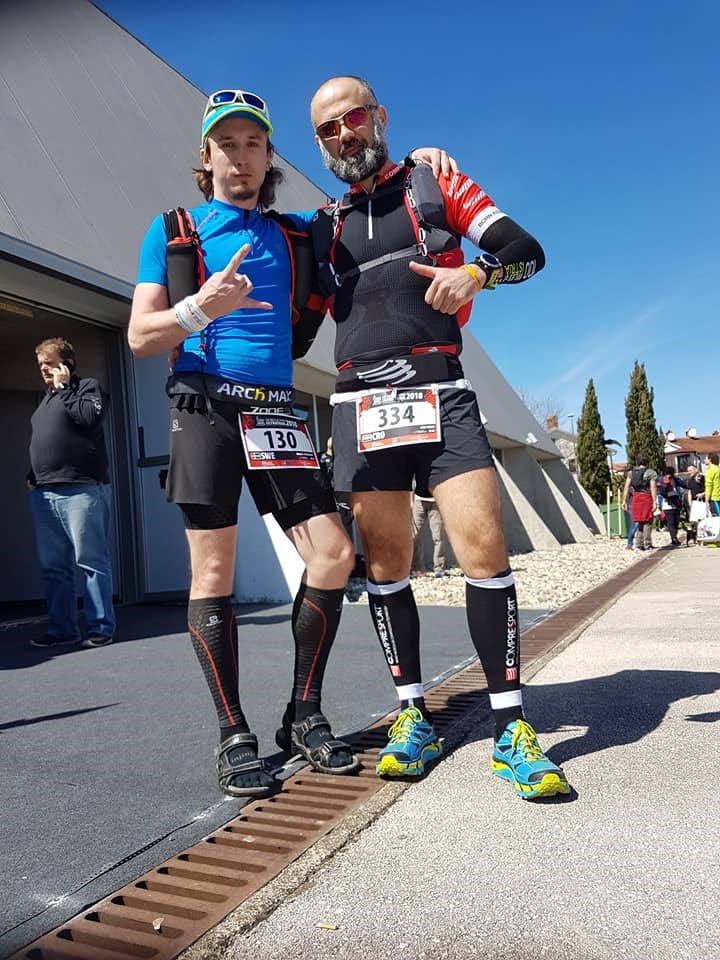 Friday, race day. We all slept but no one rested, that did not bother me a lot because I know I can handle two nights with a little sleep. Waking up was in the form of laying and drinking coffee in the town, where we met Alen and Petra (the twin pair from Zagreb) and their dog Argus. (I met Alen and together with him, ran to the goal at 100 miles of Istria in 2016). Shortly after walking down town, it was time for Mikael and Sasa to get on their way to the start of the 100-mile race where they will meet with Aramis, Radana and others where they will all continue their journey from Labin to Umag across the highest top Ucka and other tops in Istria. 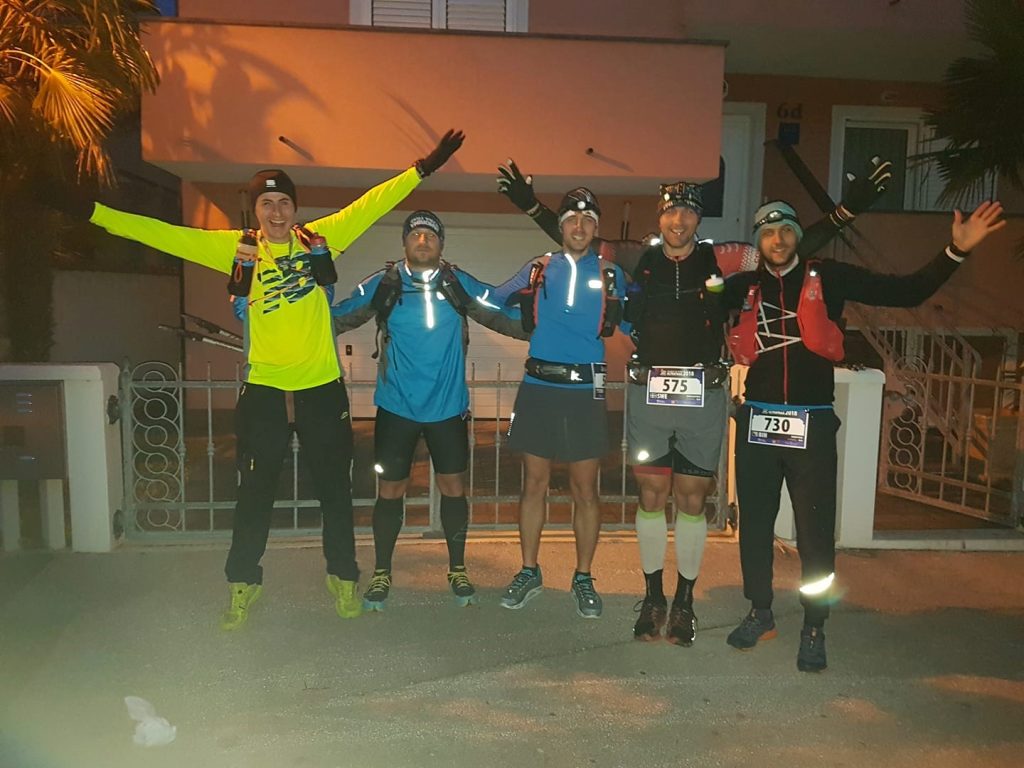 We who were running 100 km, we had the time to get out, rest a little bit than we tried to sleep a minute before we started on the buses that drive to the start. Soon, that time came, so we were dressed, lubricated, the last control of equipment and of course taking the picture in front of the apartment. 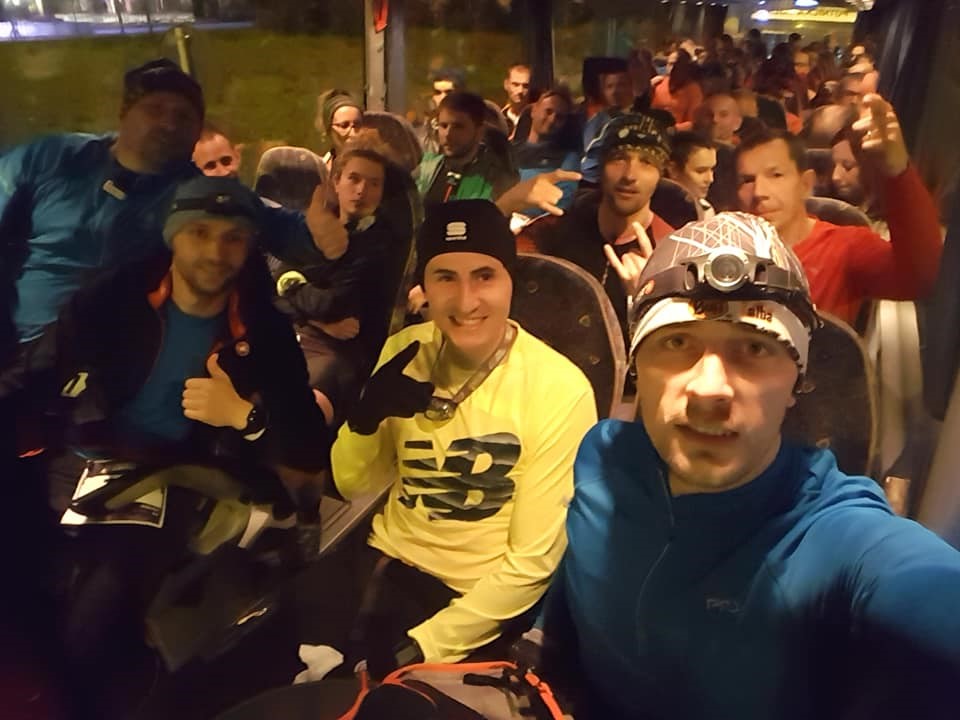 We meet again on the bus with Robert, Zeko (Dragan Ciric from Bg) and we tried to rest our eyes while traveling, but of course this was not possible. 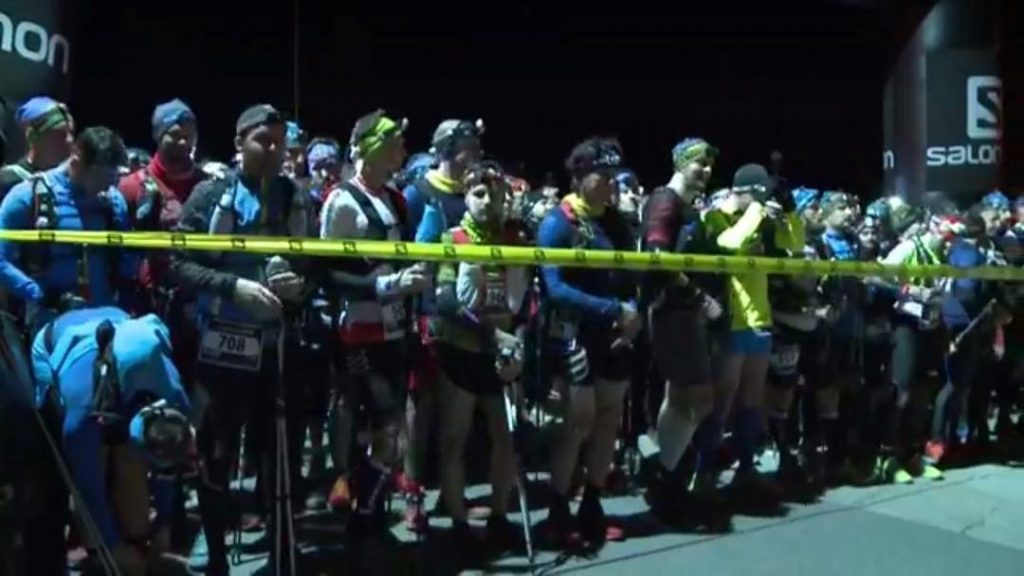 Start of the race on the coast of Lovran, loud music echoes and feel a positive atmosphere in the air. I’m starting a lightweight 20-minute warm-up where Milan and Robert join me in order to warm-up the muscles before going up 8 km to the top of the Ucka with 1400+. The countdown and start went, most of us started to rock a little harder to get out of the weight of the racers and avoid the crowd on that first hill. Milan and I knew that we were approximately at the same level as preparation and readiness, so we decided to stick together during the night and in the morning, whoever had the strength and the will, he could run quicker in day light.

On that first hill, Robert (as well as many others) caught us, and we overcame him, but we caught him again at another food station, where he joined us and ran with us until Zbevnica and the long descent down to Buzet. The night was quite interesting because the 100k and 100 Miles course was the same from Poklon to Buzet, so we were all over the end of the other races where we talked with most of the runners which word and continued on our plan and program. From the famous faces we got to Radan Stanar on the top of Poklon, got acquainted and ran a lot with Zivko Tomic (the runner fromSerbia). 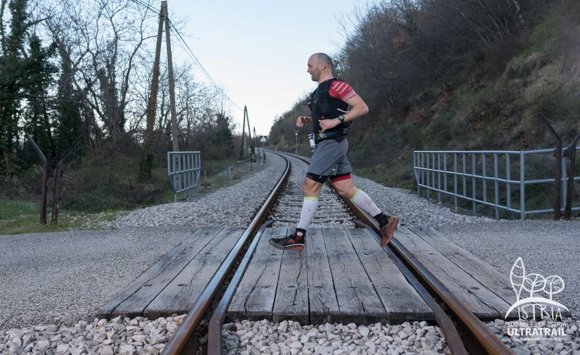 The runway from Zbevnica to Buzet is long enough and takes up a lot of strength, so if you are tired of that downhill, you are charging the stalls in the last km race, so we have been careful to keep up the power on that downhill.

Check point Buzet: From the far away I see Alena’s familiar silhouette with the dog Argus and he tells us the words of support that at that moment mean a lot, after all, Alen was the main actor of support in Buzet where he was of great help about the bags of bags we had in transition . (Thanks Alen and Argus;)). I think we’ve lost in Buzet for a max of 5 minutes and we went on to run. On this part we came to Vedran (the guy from Rijeka) and then Nenad (the guy from Zagreb) with whom we ran halfway between Oprtalj and Groznjan where they had to slow down Check point Oprtalj: We get good freshness and mood, although it has already become quite hot at the time. We filled ours bottles with water, ate something and get back on the trails again. This time we were joined by a runner from Mauritius who arrived at Groznjan before us, he rested a bit and filled the piston at Oprtalj so he looked a lot of freshness. Very likely, the sun and the heat responded to him, I remember that he regretted that it was cold during the night because the temp of the air was close to minus than the plus. Our tempo was to fast for him, so we lost him somewhere along the way to Groznjan. Check point Groznjan: At Groznjan I remember bacon and Red Bull. The combination of salt-sweet corresponded to me so that I mostly tried to eat and drink something in this regard + that I had some energy gels and chocolate bar with me that I had eaten among the race.

In Buje, the previous check point we got very fast or maybe it just seemed like that. We supplemented this with one extra water bottle because we knew this part could stretch and last for a whole eternity if you were not able to keep running. 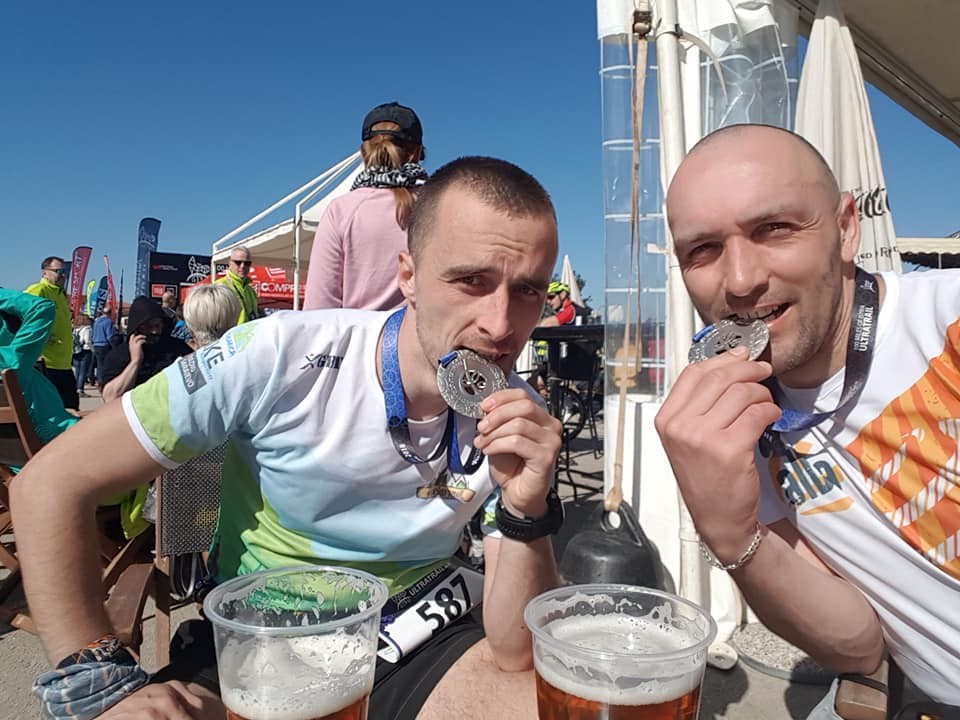 Milan and I felt good, only the sun and the heat were a little worried. We managed to keep up the pace to the very end. While most of the crew argued we increased the pace and so managed to get some more racing that resulted in the division of 19 places after 15 hours in a race. For this reason, like every year, we have been celebrating and winning the result of the race director Alen Paliska and many others from the organization. 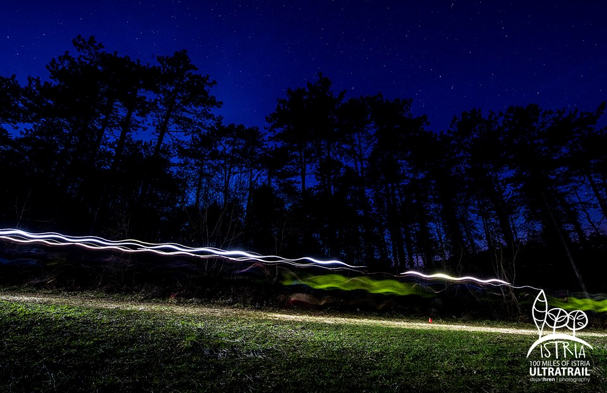 100 miles of Istria is a race I ran almost every year (except for 2014, when I moved to Sweden). From the first run of the pilot project, the organization was unprepared and at a high level, positive criticism was always welcomed by such organizers (but I do not think there is room for such criticism either). It is seen from the accompanying article that a great effort has been made in the organization and that everything has been adapted to us runners. Whatever you say is that date 12-14 / 4/2019 has already been planned, it is not yet decided which track is going to be.

Great thanks to the volunteers who deserved the medal as well as all of us who were running!