I have long wanted to get on the starting line with the best European ultras (Look what you want, maybe you get it).

At the end of February, I received a call from Mirsad Abdakovic to run for the national team of BiH in the 24 hours race, held in Temisvar on 26/27 May. It could be said a very short period to prepare for such a challenge, but since I started running and I love the challenges, it did not take much time for me to think and join two of the already competing contestants from BiH. The BiH team consised of: 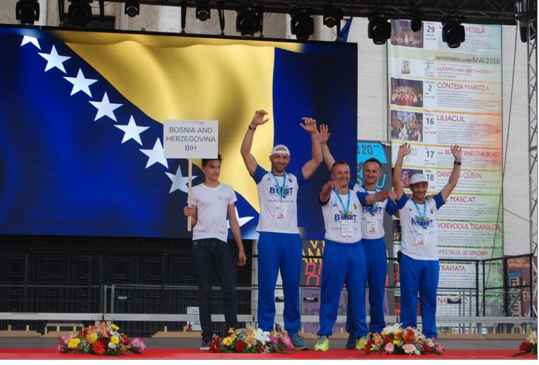 I arrive at Timisoara around 13:00, where the organizers were waiting for us and taking us to Timisoara Hotel where we were housed. So it was organized that all other events were in the same hotel, so I did not have to move much and care about the events associated with the actual competition. The other members of the BiH team arrived a bit later that day, so I had the opportunity to explore the hotel and meet some runners from Croatia, Serbia, Norway and other countries.  Friday, several things on the list to do, and one of them is the main opening ceremony of the European Championship in 24hours. Since May 25, the day of youth in former Yugoslavia and the opening ceremony was held the same day, we came to the idea of ​​making a picture with all the current republics that existed in former Yugoslavia. Only Montenegro has missed us;) 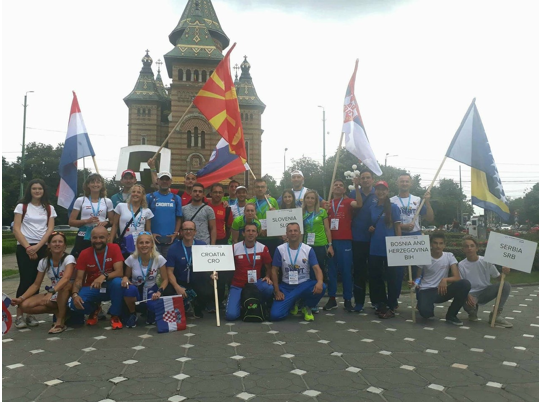 Saturday, competition at 10 o’clock in Romanian time. I know it will be hot and it will only make it difficult for us to run, but what is available is that everyone will have the same conditions, so I have no one to blame, I’m just relaxed and try to do my best! Obviously, like most runners, I probably set an unrealistic goal to drive 240 km in 24 hours, but again I have a reserve plan to run at least 200 km and that way I get a World Cup card held next year in Irdning (Austria In the beginning I was among the slow runners, and in that way I tried to keep a slower pace in the first hour of the race. Almost the same tactics had Adrijana Simić (runner-up from Croatian national team) and we ran the first circles together. After the first hour, I set myself at my planned pace and now it was only necessary to run. I split the race to 4 * 6h and I have to admit that time went fast and the miles were easy. The first two 6 hours went as planned without any major problems. The organizer assured us that we had support throughout the round and I really had to admit they were high and full of positive energy, which is naturally reflected on our runners.

In the second part of the race, most people left the park where we were run. It’s also began the first signs of fatigue on us. It became impossible for me to keep the same pace as in the first 12 hours, although I feel that I’m improving the pace, the circle is slower and slower, the feeling that your dons are glued to asphalt and your legs become more and more difficult.

After 18 hours, I was aware that my plan to run 240 km in 24 hours would not be possible to achieve, which I have to admit seems not motivating at these moments. It felt easy to have a spare plan that was not too demanding, so I reduced the pace, did breaks and relaxed up to 200km after 22h in the race. I used the last two hours of the race to massage, eat and drink some protein content to speed up recovery. My family is my biggest support in my adventures. Without them would not be possible to train and compete so often. It’s also not easy to live with me during my preparation period 😉

I would not like to name anyone, but I have to thank teams from Serbia, Croatia, Slovenia, Macedonia, Sweden and Norway for tireless support throughout the race, you were our wind in the back.